An eminent name in the field of Minimal invasive gynecology and obstetrics in India and a pioneer in laparoscopic hysterectomy and laparoscopic Gynaecological surgeries, Padmashree awardee Dr Malvika Sabharwal has something very dynamic, confident and positive about her that makes many reluctant patients change their minds and entrust their lives into her hands.

Being conferred with the prestigious Padmashree award by the President of India in 2008, Dr. Malvika Sabharwal holds the world record for removing the largest fibroid from the uterus, that too without harming the patient’s reproductive organ. She graduated from New Delhi based Lady Hardinge Medical College and completed her post graduation from Govt. Medical College in Patiala. Later on she took laparoscopic training from internationally acclaimed gynecologist Dr Adam Magos at Royalfree Hospital in London, followed by training in hysteroscopy from Dr Wamsteker at Spaarne Hospital, Haarlem in Netherlands.

With a humble beginning in 1992, Dr Malvika and her team conducted the first laparoscopic hysterectomy workshop at the hospital. She has been instrumental in conducting deep research on cost-cutting techniques to make laparoscopic surgeries more affordable to the women of economically weaker section

With over 30 years of experience, Dr Malvika still rules the roost in her speciality and has a strong national and international goodwill amongst her patients and fellow-doctors alike. She has successfully performed more than 50,000 surgeries till now.

She regularly holds certified training courses and fellowships at Jeewan Mala hospital which is recognized as a training centre by the Federation of Obstetrics and Gynecological Society of India (FOGSI), Indian Association of Gynae endoscopists (IAGE), and national association of reproductive and child health of India (NARCHI)


Her Accreditations and awards – 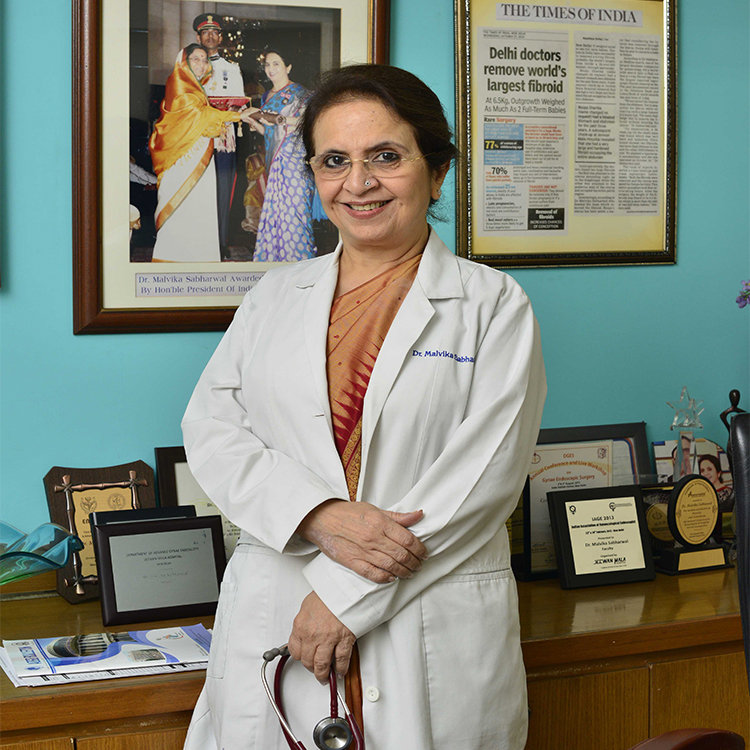